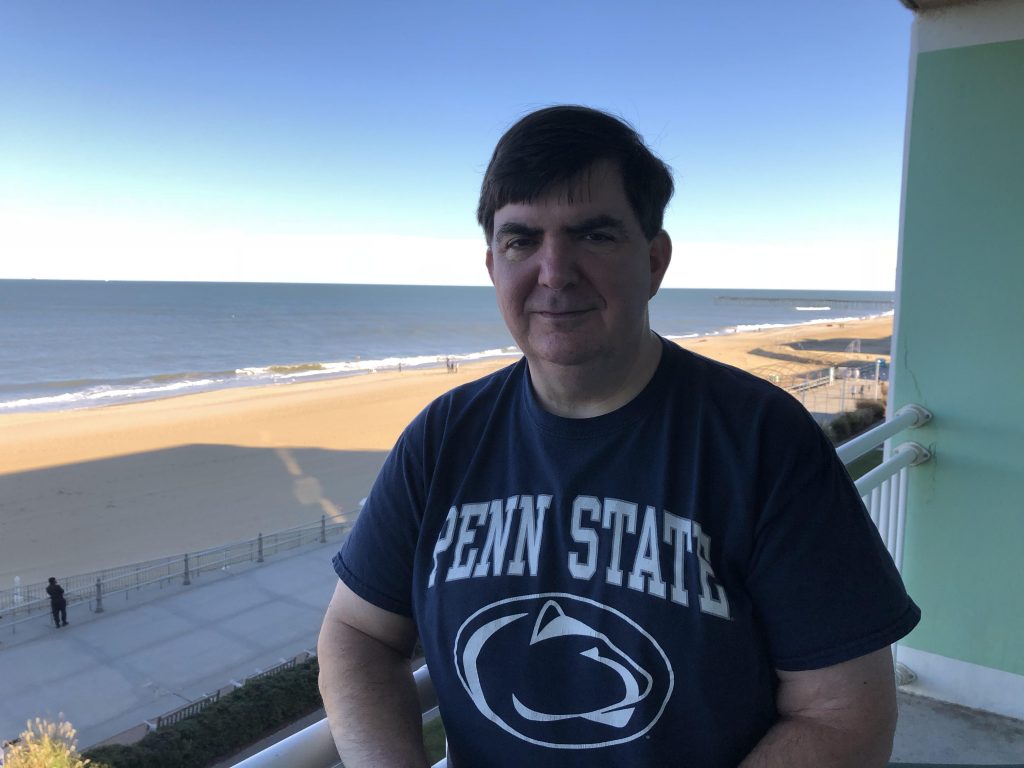 William Paul “Bill” Sossong, 57, of Henrico, VA, passed away peacefully on February 24, 2022, in his home after a long fight against Multiple System Atrophy.

He is survived by his high school sweetheart and wife of 32 years, Marchelle; his two children, Caitlyn and Nicholas; his siblings Lisa-Lyn Davis, Karlena (Larry) Rannals, Karl (Bobbie Jo) Heidelberger, Karen Heidelberger, and Kevin Heidelberger; his beloved aunt, Mildred Capwell; and many other aunts, uncles, cousins, nieces, nephews, and an abundance of friends.

Bill was born in Groton, Connecticut, on February 21, 1965, but called Clarks Summit, Pennsylvania, and Richmond, Virginia, his home. He joined the United States Navy in 1985 serving on the USS Lafayette and later as an F-14 maintenance technician. During his tenure in the US Navy he received his degree from St. Leo’s University. After an honorable discharge in 1991, Bill worked in several different careers, focused in financial areas. He took the jobs of husband and father most seriously. He was very proud of his family for their accomplishments.

Bill loved to tell stories and would want his friends and family to celebrate his life, rather than mourn his passing. A memorial gathering will be held on Sunday, March 13, 2022, from 2-4 pm at Affinity Funeral Service, 2720 Enterprise Parkway, Richmond, VA. A funeral service will be held on Monday, March 14, 2022 at noon, at the Virginia Veteran’s Cemetery in Amelia County, VA. In lieu of flowers, the family requests that you make a donation to your local animal shelter or a charity of your choice.