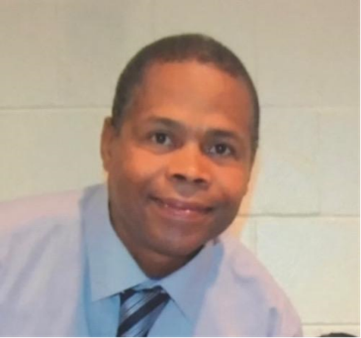 William Marzette, born Rodney Henley, was the youngest of six children born to the late Roy Henley Sr. and Victorine Woody Henley on April 30, 1958. He was called from this earthly life to eternal rest on Thursday, December 15, 2022.

In his earlier years, William attended King and Queen County Public Schools and Central Middle School, completing his studies in the Richmond Public School System. He was a member of the Good Shepherd Baptist Church which he visited frequently until his illness progressed. William was a noticeably quiet, private, and kindhearted soul who was very passionate about entrepreneurship. No matter what task was presented to him, he found a way to make it work for him. Although he was small in stature and quiet around most people, do not get it twisted, he was not one to be messed with. He was able and willing to stand up against anyone at any time. He had that old school western showdown mentality about him and he did not live in fear.

William’s life continuously changed and blossomed throughout the years, especially the years when the Lord blessed him with his daughter, Kenya, and his son, Jalil. They and his grandchildren are the light of his legacy that will carry on for generations to come. William was married to his long-time sweetheart, Lynette who loved and cared for him until he took his very last breath, holding true to her vows until death do us part.

William was a huge fan of the old-school western movies and Perry Mason TV shows. He loved to travel, especially taking road trips with his good friends Stuart and George. Even more recently, he loved to take rides with his grandson, Trey. He would pick him up from work and the two of them would disappear until they wanted to be found. William enjoyed good food as well, mainly sweets. He enjoyed going to Shoney’s Restaurant with his beautiful wife, Lynette. He also enjoyed his favorite food, a good old juicy steak from LongHorn Steakhouse with his daughter, Kenya, and grandchildren. One thing that most people do not know about William is that he liked to watch the clouds, he found it to be very relaxing and peaceful. These are the memories that will live for a lifetime in the hearts of those of us that love him so.

The family will receive friends from 2 to 2:30 p.m. on Tuesday, December 27 at Affinity Funeral Service, 2720 Enterprise Parkway, Richmond, Virginia 23294. A service will follow at 2:30 p.m. in the funeral home chapel.