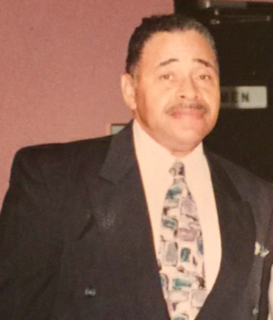 On Tuesday, December 28, 2021, Willie Lee Solomon entered into eternal rest in the presence of the Holy Father. Born to the late Willie Elijah and Marie J. Solomon on April 10, 1932, in Richmond, Virginia.

In 1937 the family moved to Philadelphia, Pennsylvania where he was educated in Philadelphia Public Schools. Upon leaving High School, he joined the United States Army. After discharge, he was employed by the Philadelphia Department of Public Works. Willie moved to Richmond, VA in 1974 and sought employment at RichFood Distribution Warehouse. He later went on to work at Philip Morris Tobacco Co. until retirement.

A viewing will be held from 4:00 to 7:00 pm Wednesday, January 5, 2021, at Affinity Funeral Service, 8074 Mechanicsville Tnpk, Mechanicsville, VA 23111.  A funeral service will be held at 11:30 am Thursday, January 6, 2021, in the funeral home chapel.  Interment to follow in Forest Lawn Cemetery. Click here to view the Livestreamed service for Willie L. Solomon